This spring sees the next steps towards the production of a Neighbourhood Development Plan for Hailsham.

A lot has happened since the launch of the Neighbourhood Planning Committee in 2015 including various public consultations and engagement events for residents, which enabled people to have their say on what infrastructure and services are needed to sustain future housing development in the Hailsham area. 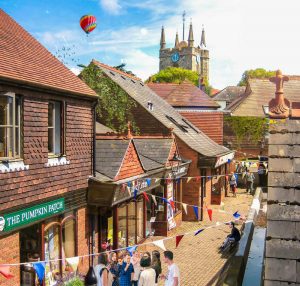 Findings have been obtained from an analysis of the comments put forward from the latest public consultation survey and participants have confirmed strong support for the Neighbourhood Planning Committee’s objectives.

Public consultation was undertaken on the Pre-Submission Hailsham Neighbourhood Plan (‘Regulation 14’) between 25th November 2017 and 26th January 2018 and during this period, residents, businesses and those who work in Hailsham were able to complete a survey questionnaire and over 70 statutory organisations were also consulted, including Wealden District Council, East Sussex County Council, Southern Water and Highways England.

According to the survey findings, 56.5% of respondents agreed to the Plan’s proposals in terms of local public transport, while 46.8%, 43.6% and 62.9% are in favour of proposals for community facilities, sustainable design/construction and the preservation of natural green space respectively.

Of those who took part, 41.9% were fully supportive of the draft policies regarding residential car parking design, with 56.5% strongly agreeing to proposals put forward concerning town centre car parking.

A considerable number of respondents, 58.1%, agreed with the Plan’s regarding improvements to the Cuckoo Trail, while only 29% were in strong agreement for the introduction of electric vehicle charging points throughout the town.

93% of responses were made by residents of Hailsham and the majority of respondents were women (57%). Those aged 65+ represented the largest group of respondents at 34%. 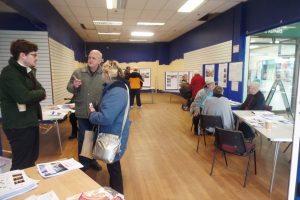 “None of the proposed policies received a majority disagreement and I’m pleased to see that most questionnaire participants were in favour of the overall direction of the Plan, with statutory bodies and other consultee organisations being supportive too.”

Town Clerk John Harrison commented: “The findings of the consultation help to demonstrate that there is significant support for the draft policy and project ideas outlined in the Plan. All the responses and feedback will be used to help inform and direct the submission version of the Hailsham Neighbourhood Plan.”